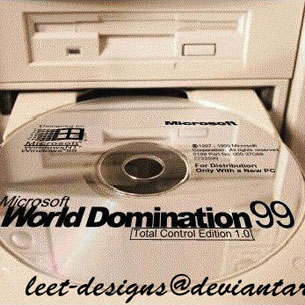 Recently Microsoft announced that it will be acquiring Nokia for $7.17 Billion (http://www.wired.com/business/2013/09/microsoft-nokia/). I actually cringed at the idea, since Nokia is a world renowned brand and has a special place for a majority of people since it was most likely their first cell phone. In the mist of all the talks about the deal you’ll find that Redmond is just playing catch up or rather copying what the competition is doing, without any real innovation at any level. You have to wonder, how long a company can survive while not innovating in a digital world where innovation is the corner stone of survival.

In the pre-internet era, Microsoft had the personal computer on complete lock. You couldn’t make a move without Microsoft being involved – sloppily involved. But they let the internet revolution slip through their grasp counting on the need for desktop forever.

Well, we are in a new era, where Mobile Phones, Tablets, and Mac OS X are a favored flavor, and Linux is controlling 80% of the server marketplace. MYSQL is the preferred database over MS’s SQL database. Playstation is embarrassing the Microsoft’s latest XBOX One, horrible naming practice by the way – there is already and XBox 1, which had Microsoft comically backpedaling on several “advancements” in the gaming world. Let’s not even talk about how Apple and Google’s Android are completely dominating Microsoft’s efforts in the marketplace.

In the grand scheme of things, when you see MS, a powerhouse, that still has a huge war chest of money and power, continue to fumble at every new venture, you have to ask yourselves, at what point will that bottom-line turn red and signal the official start of the end to the Microsoft era.

Now, let’s not get it twisted, I was a huge MS fan in the early 90s, but secretly linux for it’s advancements. I’d talk my fair share of smack to Apple fans, and had a deep loath for them. But then I went to work for a company that gave me an Apple computer with the latest OS X. I feel in love with it’s simplicity. Then I learned that OS X was full UNIX, and that’s all I needed to hear. I switch, and never looked back. It was about productivity for me as well as having unix capabilities to run more advanced command-line software. I remember spending 30 minutes everyday on the PC trying to get something fixed or working properly before getting to work. On my Mac, it just works. That’s all I ever wanted.

Looking back I think there was a deep seated hate for Microsoft as well. I learnt Visual Basics in around in 95 era, and wanted to create programs that made a difference. Problem was the limitations of the windows environment and all the I dunno bullshit hurdles just to get something working. That’s when I turned my eye to the internet since I believed it would be the future. Starting programming, designing, and working in the online environment, it made things more clearer. Then Microsoft came screwing around with the browse wars and took out Netscape and started to control the space with their Internet Explorer browser.

It seemed everywhere I turned, Redmond was like a virus, that kept growing and breaking the new shiny toys in order to assimilate it into the company. Well, now looks like the rooster has come home to crow, since the world created bridges over that virus, and barriers that performed it. Little by little, Microsoft’s control was loosened on the computer, and now like a parasite with no hosts left, it’s being left to die. But it’ll be a slow, and LONG death, since it’s still dominates the desktop on the PC, which is still a huge portion of the market. So with any slow and long death, it’ll take down as many victims with it as possible, and Nokia seems to be the latest. RIP Nokia, you had the most unbreakable phone, and were the entry way for a lot of users into the cellphone space – We will never forget.