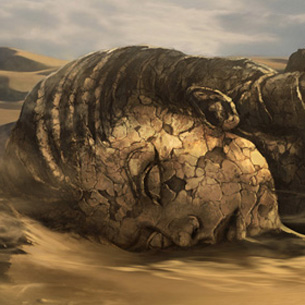 I’m teaching you to see instead of merely looking.

Something is in the air. I feel it, it’s that time. I’m about to do some thing. I’m going on a crazy journey, and I know I will completely fail – and I can’t wait. I’m no longer guided by victory or defeat. I’m only guided by the forward movement. I don’t even know how to explain it into words, but there is an energy in the air, and it might kill me, there is something coming for us all, especially me – death, yet here I am ready to embrace the future of what’s to come.

I can’t explain it, I wish you could feel the energy in the air, it’s electric, it runs down your back like goosebumps.

All the greats are coming out now – we’re going to watch them all do battle – and this time around I’ll be in their mist. I will be defeated, that I can assure you – but I will profit and elevate myself to a higher level. For me there is no victory, or defeat, or emptiness…

In order to become a man of knowledge one must be a warrior. One must strive without giving up, without a complaint, without flinching, until one sees, only to realize then that nothing matters. You’re too concerned with liking people or with being liked yourself. A man of knowledge likes, that’s all. He likes whatever or whoever he wants, but he uses his controlled folly to be unconcerned about it.

My controlled folly applies only to myself and to the acts I perform while in the company of my fellow men.

You have to have an unbending intent in order to become a man of knowledge.

A warrior takes responsibility for his acts; for the most trivial of his acts. He waits patiently, knowing that he is waiting, and knowing what he is waiting for. That is the warrior’s way.

What makes us unhappy is to want. Yet if we would learn to cut our wants to nothing, the smallest thing we’d get would be a true gift. To be poor or wanting is only a thought; and so is to hate, or to be hungry, or to be in pain. They are only thoughts for me now, I have accomplished that feat. The power to do that is all we have, mind you, to oppose the forces of our lives; without that power we are dregs, dust in the wind.

It is up to us as single individuals to oppose the forces of our lives. Only a warrior can survive. A warrior knows that he is waiting and what he is waiting for; and while he waits he wants nothing and thus whatever little thing he gets is more than he can take. If he needs to eat he finds a way, because he is not hungry; if something hurts his body he finds a way to stop it, because he is not in pain. To be hungry or to be in pain means that the man has abandoned himself and is no longer a warrior; and the forces of his hunger and pain will destroy him.

The countless paths one traverses in one’s life are all equal. Oppressors and oppressed meet at the end, and the only thing that prevails is that life was altogether too short for both.” – Carlos Castaneda

1 thought on “Something Is Coming For Me”