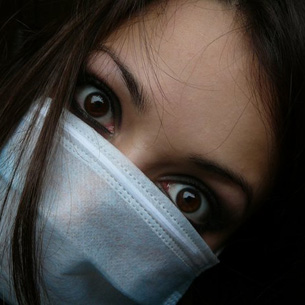 Optimizely.com: So I sent an email to support yesterday (on Saturday), and someone actually got back to me! They stated that only conversion should only fire once even if the person comes back. Well… I explained to them that I’ve only had 1 total conversion up to then, so if the test is giving me 2 at the moment, something else is firing. I’m waiting on a response.

Total of 517 unique visitors about half and half. Variation #1 is still leading in engagement. I’m curious as to why the is a 3rd conversion still, but what can you do.

Another hypothesis I’m going to have to come to the conclusion is that the overall theme of the landing pages is bad. That’s always a problem. I’ll be testing out the old landing page (First one I showed to Norb from NicheChoppers.com, but I never really put it to the test! Anyways, I’ll probably do separate test with variations upon itself, since A/B split testing is impossible with Optimizely’s low level account. I’ll just do a variation test and count the total conversions versus the total conversion with the new variations. The one with the most conversions will be the design we go head to head with the New Improved lander we are creating (this one has video testimonials etc).

I also came to the conclusion that I can actually just edit the CTA button to go to a different product to track what’s converting and what’s not to test these split test. That’s probably what I’m going to have to do if Optimizely can’t get their shit together.

Crazyegg.com: Alright, More photo clicks everywhere. Pretty much people are clicking all images and more. Anything that represents the digital product is being clicked, crazy stuff. (I should get rid of some of these social icons, since they don’t go anywhere and people are clicking them). I just realized in “Confetti” mode, you can segment the visitors based off of “referring traffic source”, “search term”, “time of day they clicked”, “New vs Returning”, “Browser”, “Country”, and some other crazy stuff. NICE!

One thing I will note is Variation #1 is more “colder” in the CTA to the checkout versus the Original version.

Conclusion: Pretty good continuous results. I’m starting to think that the overall landing pages’ design, even though looks beautiful, might be causing some hinderance with the overall conversions. There is a theory that people trust website that look uglier since it doesn’t look like they are trying to “sell” anything. Ugly websites and landing pages sell – I’ve seen it before, and the Old Landing Page, definitely is “less appealing” than the current one I’m test, so we’ll see in the next round of tests.

Another note, the new landing pages is less photo focused, but can be seen as being more appealing at some levels than the current one – So… that might be a problem. Overall, It’s about sales numbers – The one that generates the most sales wins!