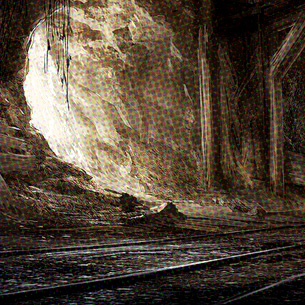 Serpian: “Where the hell is Carter?”

TheHobbster said something to Serpian but I couldn’t hear him. I was busy focusing on some commotion at the entrance of the main tunnel. Looks like another miner got crushed today. The tunnel collapsed on him. He didn’t put the proper support beams in place. We heard more about it as we clocked in. The dude was working a late shift of some sort. That’s the sort of stuff that keeps me up at night… That’s why I work late shifts, so one day I don’t have to work a late shifts.

The digital mines don’t give a shit man. The mines don’t care who you are, where you come from, what school you went to, who your parents are. It’s truly the great equalizer. You can be who you want to be, you can create what you want, and if you are smart enough or work hard enough, you too can succeed down in these mines.

This life isn’t for everyone. A lot of people fantasize, fooled by all these get rich quick schemes out there – all marketing designed to take your dollars, and think they can just make dollars rain for days without hard work. They’ve been sold some 4 hour work week but fail to realize the only person getting rich off the “4 Hour Work Week” is the author. The digital mines don’t care who you are, it will separate you from your money in a heart beat. But it can also add dollars to your pockets if you work the right angle.

I saw them wheel the corpse out, looking at it brought a chilling feeling from my head down to my toes. When he passed by me, I felt goosebumps cause any day it could be me being taken away. He’ll be in a box for the rest of time. When they pulled the corpse out I saw he was wearing a uniform I recall from a long time ago. Then it struck me, that uniform was from a company I started. I remember seeing that guy working with us. The corpse’s right hand was still holding on to an old red flashlight we gave out to everyone that came onboard. I still got mine, Old Red. The miner went on to do his own thing, funny how he kept his flashlight until the end, I dunno it’s weird the things we hold on to. I too eventually figured out the problem at the old company so I took off when I realized we were working the mines in the wrong fashion.

Serpian stayed behind to say a few words. I think he knew the miner pretty well. All I heard was the beginning of his farewell speech, something about a ‘ghost in the mines’. I decided to ask him later about it. This life man…

We’re all just one tunnel collapse away, these mines. People will waste your time talking endlessly on skype, in chatrooms, on forums, that’s when you don’t notice the tunnel start to slowly give way. If you focus you can put up support beams, but the game of these mines is to keep moving forward. Don’t stop and rest.

As I kept working and digging I kept recalling the dead miner throughout the day. Those eyes, just staring back at me. I was getting more work done then ever though. The others around me had a grim face, no one came to bother me, they didn’t notice me, they hardly noticed each other, they just stared at their own mini-tunnels. I guess it was all on our minds. I noticed though they were checking their own support beams a little more often then normal though. I then heard one of the new kids say “Damn, if they got him, anyone of us could be taken out.” You could fill the chills in the air. All of a sudden some newbie got up “Let me out of here!” Kid ran back towards the entrance, no one bothered going after him. We all looked at each other. One of the guys said, “At least he won’t be a ghost in the code for us to worry about…”

Eventually I saw Serpian come on down. I said what’s up, but he just walked past me. Guess it really hit him hard, hardly looked at me. Serpian looked like a zombie, we all look like zombies… Old Red’s flickering a little bit more than usual, going to need new batteries.

I’ve been mining for over 15 years, and I’ve got little to show for it. Yeah I’ve the experience and show these young kids the ropes enough to strike gold, but for me, I guess I keep fooling myself into thinking I’m playing the longterm game.

I decided to pull an extra shift tonight, keep grinding away. Possibly break into international and get some campaigns going, no more wasting time.

I love the mines at night, they’re beautiful, and quiet. Only thing there is, is me, my hammer, and Old Red. The rest of the gang left early to go have some drinks, but I didn’t want to end up like that corpse, digging in these mines till the end of it’s day. His face scared me though, it looked so close and familiar. Damn, the people we interact with, when you see their face just lying there without life, it’s chilling – surreal. His face… those eyes… just staring back at me, looked too familiar, but still just dead.

I continued to chisel away, started thinking about John Henry, when he was going up against that steam powered machine. Hammering away, until he beat it, but only to die at the end cause his heart gave up… “Shit”. those eyes… they were familiar….

All of a sudden Old Red gave out. looks like I should have gotten those batteries a little sooner. It’s hell to be trapped in the digital mines with no light at night. That’s when I heard the ‘crack’. I held onto Old Red, but I knew it was over, I knew that crack meant the main support beam was done, which meant the tunnel was done, which meant I too had but a moment left. I am done man, Old Red – you were here till the end with me. Funny how I’m wearing this old uniform still while holding on to you, ironic really…

Serpian: “Where the hell is Carter?”

TheHobbster: “He didn’t make it mate.”

Serpian: “I guess he’s just a ghost in the mines now…”

They were familiar… those were my eyes.

3 thoughts on “The Digital Mines”