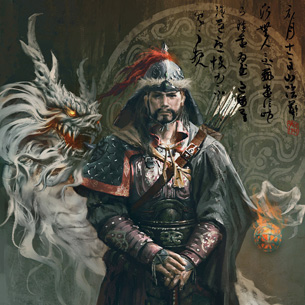 My biggest fear is the enemy learning my moves before I want them to. I love the ancient Chinese strategy of “Slow, Slow, Quick, Quick” which Genghis Khan used for a majority of his battles.

The goal is to move so slow or appear to attack weakly to throw the enemy off guard. In the mean time of the period of ‘inactivity’, or weak moves, cloak your real strength and use that time for preparation for the big battle.

Once you hit them with a surprise attack, in my case the releasing of a service that will disrupt the foundation of internet marketing, then hit them with another un-anticipated attack that doubly knocks off their senses, and has them scrambling. In the scrambling they’ll make errors, and since you’ll be prepared with strong counters, and goals of conquering, they’ll be butting heads trying to figure out what to do.

The Khan was a master of psychological warfare because he understood that people are most terrified by the unknown and the unpredictable. The quickness of his attacks made them twice as effective and sowed confusion and panic.

The best part is when the enemy doesn’t even know you’re their enemy. By the time they figure out what’s happening, it’ll be too late. right now I’m in the first ‘slow’ strategy, the weapons are being sharpened and plans being mastered.

3 thoughts on “My biggest fear…”