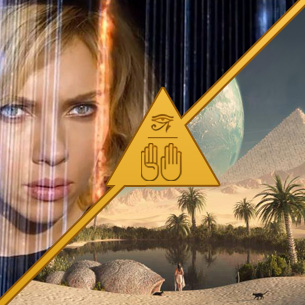 Many came, several threw their hats into the ring, only 9 were selected – well a few more then 9. This is probably going to be my biggest challenge to-date. The CC9, the Scribe, and I are going to go on a journey of a live case study of traffic leaking every possible aspect of the internet that makes sense. This is my journal for this…

I do wish I could have taken more people in, there were a lot of great projects which had potential, but there would be no way to organize “everyone”, while keeping our sanity. There were some really good ones too.

The introduction (http://www.buildersociety.com/threads/the-9-live-traffic-leak-case-study.360/) was done for the process. Metadata and I have chosen 9 golden ticket winners and 3 silver ticket winners, and a Scribe that will journal our progress.

How does one approach 12 different projects at the same time – well with no sleep… The forced creativity in a limited time of space along with still running the day to day of my other ventures might be the end of me… but it’ll be worth it. Just looking at the current state of sites, there is a lot of work needed within the next 48-72 hours for onsite, hopefully they’ll be able to survive once I get done with breaking their spirits in order to reset their course on a rightful path.

I already know there are a couple that will be difficult to overcome, but I can also see some already have the natural ability but lack the focus needed. I think the biggest indicator of success will simply be the traffic numbers.

First thing first, we had to break down the foundations most of these 9 were using, some were terrible, others were extremely great. I’ll admit when I create sites, the hardest thing for me is to take criticism, but it’s needed. It can only make me better in the end. So unfortunately I have to go extra hard and be somewhat abusive to their projects cause if I’m not, who else will be?

First lesson was a Big Brand Checklist Refresher. Added some new stuff and different perspectives. I honestly think newbie guides, tutorials, and intros are the way to go into getting in almost any niche. Sometimes the best answer is the simplest. It’s easier to mold a new student eager to learn rather then someone who’s been doing something for a while in an niche and really doesn’t want to change.

Next step is to do preliminary research of each CC9 – where to traffic leak, which will require keyword research at a whole new level. Afterwards, finding the platforms open to traffic leaking, then showcasing great examples of traffic leaks. Some of the examples the 9 showcase were rather weak/poor/obvious, it’s was white belt level karate. I want them to be at a 7th degree black belt by the time they leave.

The difference between a 1st degree black belt and a 7th degree black belt is in the way they throw you. If you go up against a 1st degree black belt they will defeat you, but when they throw you, you’ll land in a way that might injure you, the power is there and the techniques already exist, but the throw might injure you whether they want to or not. A 7th degree black belt can throw you in any manner they choose and if they do not want to injure you, you’ll be thrown in a way where you land with no bodily injury cause of the expertise they’ve refined over the years. They can have you facing them, face outside, have you severely injured or have you thrown, yet land as softly as when ladybugs touch your hand – without realizing you were flung in whatever manner they chose.

They should be able to lead their crowds to and from by the nose, without the crowd even noticing it, if not completely enjoying the ride.

Content creation is going to be one of the key lessons as well, simply writing content that’s just written is not enough – I personally take a light hearted joking approach to my methods, but sometimes you have to go in strong, they should be able to gauge the audience and more importantly the perception of the conversation that lurkers have. They should know when to use confidence building words that create absolutions and when to use flimsy wording like “maybe”, “might”, to create doubt and noncommittal circumstances. They should also be able to troll people and use their own words against them – this in itself is an art form that will be needed for later defense when they eventually are attacked by would be haters.

Intros for everyone involved: